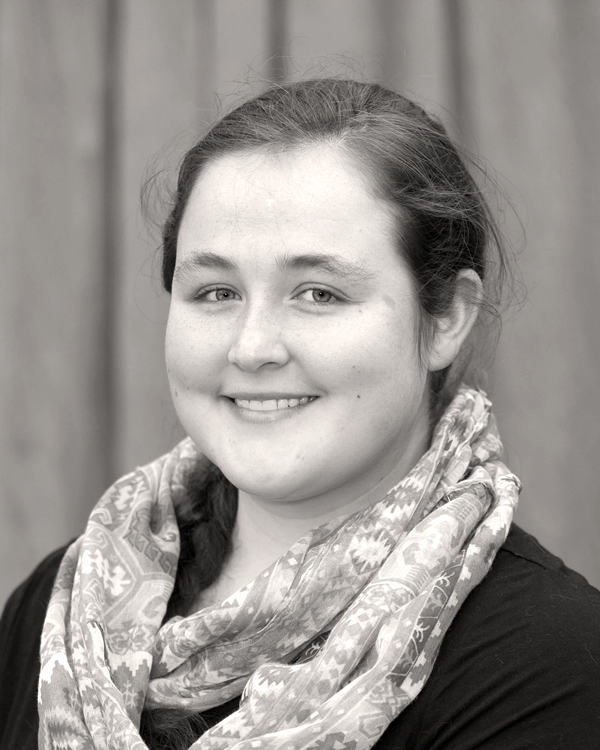 Laura Beatty started at GSOA playhouse at the age of 11 in its premiere production of Annie. A Music Education graduate of Greensboro College, in 2013, she joined the GSOA playhouse staff as music director. Since then she has served as music director for over 13 productions at GSOA including West Side Story, Fiddler on the Roof, Beauty and the Beast, and most recently Willy Wonka Jr.. She has also music directed Into the Woods and The Addams Family for Cherryville Little Theatre. While most of her work is off-stage, she has been featured onstage in Pirates of Penzance, The Addams Family and Next to Normal. Laura has served as Co-Director for Summer Camps at GSOA in 2014, 2016, 2017, and 2018. During the week, Laura teaches elementary music in Hickory, NC.

Chip has been contributing his skills in our light and sound booth for most of our productions in 2018-2019 including Willy Wonka, Jr. Chip is a Junior at Belmont Abbey College where he is an avid Abbey Player. As an actor, Chip was most recently seen on the Haid stage in Much Ado About Nothing as Don John, It’s a Wonderful Life: A Live Radio Play, and as the murderous villain Roate in last season’s Wait Until Dark. He also appeared as the chilling SS guard Alois Strang in last season’s premiere of Verity, and as Dick Wilkins in A Christmas Carol.

Chip is a founding member of Encore Theatre Company Youth Guild, and has performed in their summer seasons at The Haid for the last four years in The Wilde Tales, The Hunchback of Notre Dame, A Midsummer Night’s Dream, and Seussical: The Musical, Guys and Dolls and Scapino, THE COMPLEAT WRKS OF WILLM SHKSPR (ABRIDGED) and Once Upon a Mattress. Chip is A Belmont Abbey College Oetgen Scholar pursuing a Biology degree, with a minor in Theatre. He has also served as Assistant Technical Director for several Abbey Player shows and has worked on every Abbey Player production show since Fall 2017. Chip has worked as a Commander in the Royal Rangers, various children’s church programs, and summer camps for nearly a decade.

Leslie Hodnett directed her first play forty years ago when she was fifteen.  She was the youngest Director of musicals at the Little Theatre of Gastonia in 1978 and served there until 2015 as a past President of the Board of Directors, Member of the Board of Directors, Artistic Director, Costume Designer, Set Designer and Director of the Summer Workshops and LTG Youth Guild.  Her favorite regular season shows were Children of Eden, Godspell, The Secret Garden and Narnia. She has directed at First Methodist Church Theatre and the Gaston School of the Arts and costumed for area high schools for the last thirty years.  Her proudest achievement at LTG was the formation of the Youth Guild which produced 13 the Musical, You’re and Good Man Charlie Brown and Cats the Musical. Leslie was born in Alexandria, Virginia and has been a Gaston County resident since 1967.  Leslie graduated from Gaston Day School and has a Bachelor of Science degree in Business Administration from UNC Chapel Hill. She worked as a Business Valuation Specialist at the Investment Banking Departments of Interstate Johnson Lane and Philpott Ball and Company for fifteen years before she retired to focus on her five children. As a long-time advocate of public schools, Leslie served as President of several area PTAs and was awarded the Gaston County Volunteer of the Year, the WSOC Nine Who Care Award and the Governor’s Volunteer Award for her work in the Accelerated Reading Program at Sherwood Elementary.  Leslie lives in Gastonia with her husband Michael Hodnett of Hodnett Law, PA, a firm specializing in Family Law.  Her youngest children are Kieran, a Senior at UNCCH majoring in Computer Science and German and Aynslee, who is a Sophomore with a Presidential Merit Scholarship at The Pratt Institute in Brooklyn, NY majoring in Painting.

Jeff Manus recently built the set for Willy Wonka, Jr., and looks forward to creating a set that will serve all the Playhouse activities this summer. Jeff is a theater veteran of over forty years. As a long time director, Jeff has mastered every aspect of production. He has most recently been working with Stuart Cramer High School, and their Blumey Award winning shows. He loves directing young adults, and building sets with Chuck Stowe (theatre teacher extraordinaire) on that challenging, state of the art stage! He has also designed the sets for Encore Theatre Company Youth Guild since 2015, and directed Oscar Wilde’s Wilde Tales for ETC in 2018. He is very excited to bring his skills of set design and construction to GSOA. Jeff has designed dozens of sets for various theaters in the Gaston County area, including the Little Theater of Gastonia and the Gaston School of the Arts in past years. Taking a director’s vision of their show, combining it with practicality, functionality, and a good design aesthetic is a challenge he greatly enjoys.

Jeff has also directed over fifty shows and performed in even more. His favorite shows that he has directed are Titanic, Follies, and The Producers. His most memorable roles that he has portrayed are Lady Bracknell in The Importance of Being Earnest, George in Chapter Two, and the Bishop in Les Miserables. Jeff ‘s favorite sets that he has created were for Born Yesterday, Done to Death and The Hunchback of Notre Dame. Away from the theater, Jeff enjoys old cars, Westies, and coffee.

Yvette Moten costumed Willy Wonka, Jr., and is ready to create the costumes for Agrabah in Aladdin, Jr.! Yvette is a lifelong Gaston County resident, a self-taught costume designer, prop builder and puppet maker. She enjoys designing and building costumes and puppets, then watching her creations come to life on stage. She found herself replacing zippers and helping out with costumes when her daughters first started theater nearly 10 years ago. And with that, a seed was planted that developed into a flowering passion for production design. What was once a hobby has developed into a business called Behind the Seams Costume and Prop Shop, where she creates one of a kind commission pieces and designs for area theatrical productions and rental companies.
Yvette has assisted and lead costuming for nearly 40 different productions with local community, college, and high school theatre companies. Her favorite shows she has costumed are Lion King, Little Shop of Horrors (for the puppets), Seussical, and Guys and Dolls. While costuming at Piedmont Community Charter School, she was an advisor to her daughters, Kiera and Bianca Moten, as they were the winners of the Costume Creation Blumey Award for their costumes in 2017’s Thoroughly Modern Millie, and in 2018’s Into the Woods. Yvette is in her fifth year as the proud Resident Costumer for Encore Theatre Company Youth Guild at Belmont Abbey College. She has created costumes for the Belmont Abbey Players, the Little Theater of Gastonia, Piedmont Community Charter School, Impact Theatre, Cherryville Little Theatre, Clover High School, the Ballantyne Arts Center, and Carolina Voices’ Impromptu.

Gina’s first show will be Aladdin, Jr. in July, and she is ready for the task! Gina is a native of Gaston County, where she met her husband, Kelly, and raised three children. She earned her BFA in Dance from UNC-Greensboro and moved to the Baltimore area to dance professionally with Kinetics Dance Theatre. Having the opportunity to choreograph for the John Hopkins Dance Company was a highlight of her time in Maryland. She received her M.Ed from the University of Maryland at College Park and taught for three years at a local high school. Returning to NC, Gina founded and directed Elements in Dance, Inc., and for 23 years had the privilege of teaching students who went on to train, dance, and teach at institutions such as UNCSA, New York University, Appalachian University, Project Dance, Belhaven University, UNCC, Hollins University, Salvation Army, and in China. Most recently Gina was appointed Director of Dance at Gaston Christian School.

Gina choreographed for the Little Theater of Gastonia Summer Workshops in 2012 through 2014 for productions of Aladdin Jr., Honk, Jr., and The Pirates of Penzance, Jr. She launched the LTG Youth Guild with 13 the Musical and continued with You’re a Good Man Charlie Brown, and Cats. She also choreographed Babes in Toyland and Children of Eden for the Little Theater of Gastonia during their regular seasons. Most recently, Gina has choreographed for Encore Theatre Company for over five years at Belmont Abbey’s Haid Theatre for productions of Once Upon a Mattress, Guys and Dolls, Seussical the Musical, and The Hunchback of Notre Dame. She will be choreographing Sister Act the Musical in July 2019. Gina loves the time spent working with talented young people to put together a show, and she has inspired too many young people to count in theatre and dance studios!